Prosopo-Miasma is an experimental artistic inquiry into the processual relations between living and non-living beings. Nicky Meaux, a graduating senior at Rice with a background in the sciences and the arts, worked under the direction of John Mulligan (lecturer, HRC) to extend her previous work in Josh Bernstein's (lecturer, VADA) interdisciplinary Monster Studio course to create five death masks that tested the material and aesthetic frictions and slippages inherent in our collaborative existences.

In her first mask, Myco, Meaux utilized the naturally organic, uneven shapes of a variety of animal teeth to mimic fungal growth, thereby considering death as a process rather than a final and static state. Her second mask, created for Kali Rubaii and Joe Carson's co-taught environmental sciences course, introduced dioxin-laced water from the Baytown superfund site to Houston's east, filling polymer casings/pustules in a death mask that both displays and contains these toxic materials.

As part of its Public Humanities Post-Harvey initiative, funded Meaux's creation of three more death masks under the direction of John Mulligan, in the course of which work she researched four more local, unstable boundaries between life, death, the non-living and the deadly. Her work is currently (May, 2019) on display at the Moody Center for the Arts.

This series of static pages hosts Meaux's artist statements, her research and process notes, and a visual gallery of her work. 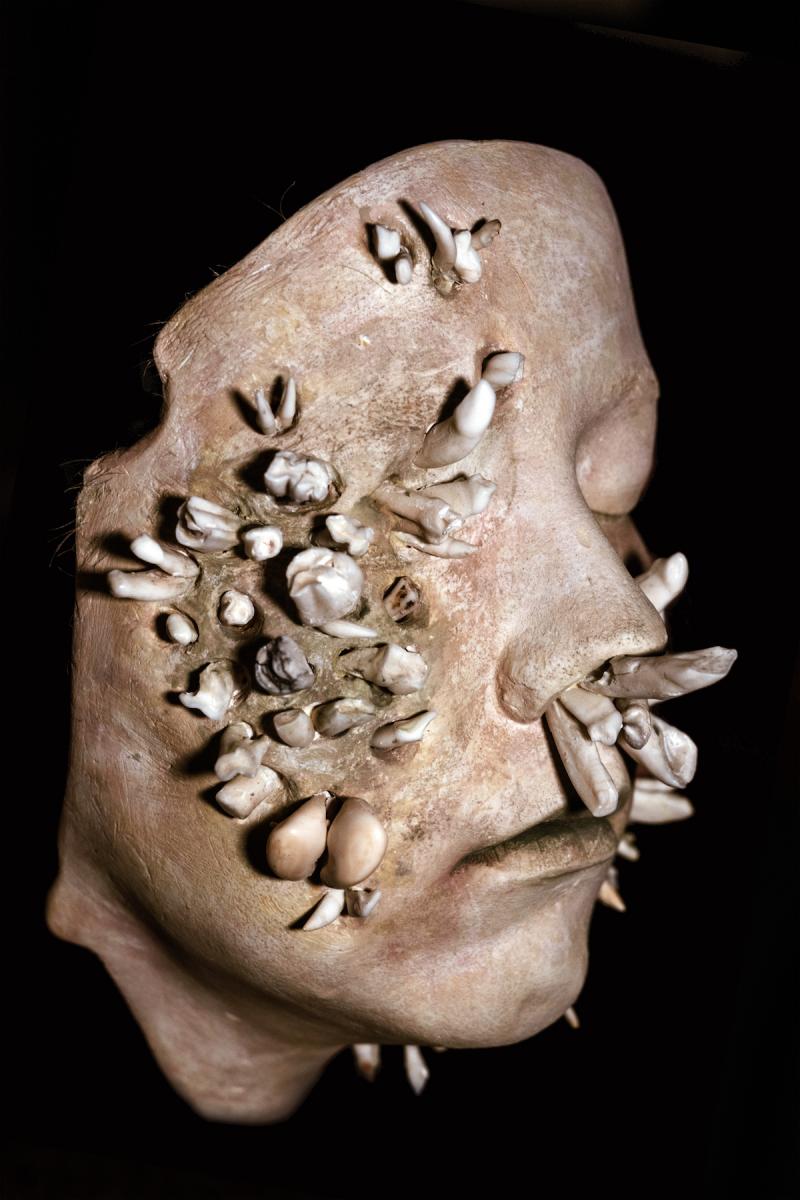